Applications and/or Nominations for RVA Board of Directors 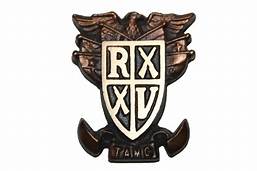 he Ross Volunteer Association (RVA) is currently accepting         applications and/or nominations for volunteer service on the   RVA  Board of  Directors for expected vacancies beginning January 1,   2024.  Board members will typically serve up to (but no more than)     three consecutive one-year terms as voting members of the Board.   This can be followed by service of one year as President Elect, one year as President and one final year as Past President.  Each of these three leadership offices are voting positions.  Total time as a voting Board member could be up to six years.

Applications and nominations must be received by the RVA no later than May 31, 2023.

Each application or nomination must include:

Applications or nominations should be submitted by mail to:

The Ross Volunteer Association is a 501 (c)(3) non-profit organization. Donations are tax deductible and eligible for corporate matching gifts.